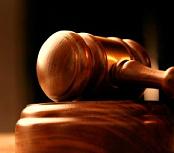 We’re moving. It’s a good thing we love the food at the restaurants around South Park, though, because we’re likely to remain daily visitors there: we’re only traveling a couple of blocks. But there’s more: unlike the food, a lot else is going to change in the move.

Here’s the short, Twitter-friendly version: we’ve just been acquired by Buzzlogic. We’ve been talking to the team there for over six months: they rock. So I’m totally excited, elated, ecstatic, thrilled, stoked, and psyched about the deal. Did I mention I was excited?

A longer version follows, and you can also get more details about the news from the usual suspects.

I started Activeweave with Marc back in 2005. We built two products, BlogRovR and Stickis. Ever since, we’ve been focusing all our energy on building technology that would delight our users and help them as they go about their busy lives online. We’ve been working on doing one thing well: making it easy for you to stay informed in the face of ever growing quantities of content (some signal, some noise) fighting for your attention.

BlogRovR in particular has resonated with close to 200,000 of you, faithfully fetching posts relevant to the page you are visiting, from the bloggers you choose, and bringing them right into the browser as you go, for just-in-time context. BlogRovR connects readers and bloggers anywhere on the web where they have something of interest to say to each other. For a reader, it means seeing what your favorite bloggers have to say anywhere you surf, and for a blogger it gets your message to your readers beyond your blog or their feed reader, everywhere on the web where you have something to say.

We do this with an on-the-fly, personalized, contextual search. We’re nerds. But we don’t mind that others have thought this a mouthful and called us Techmeme on steroids, the Muhammad Ali of feed readers, or web 3.0 today instead.

We met the folks at Buzzlogic a while back and hit it off: they’ve been preoccupied with the blogosphere as well, working on technology to map conversations in a fine-grained fashion, tracking influence, and allowing their customers to better target their research and advertising. We saw the right synergies, we saw complementary business models, and we saw a great team in action.

We also saw a novel business opportunity. Buzzlogic is using an analysis of the blogosphere similar to ours to help advertisers identify its most influential regions, on which to message potential customers. Buzzlogic calls this conversation tracking. Both their current technologies and the directions in which they’re taking them align well with what we’ve done and the kinds of products we’ve been building. The more we talked about possible collaborations, the more areas of overlap emerged. It soon became clear that our technology could help inform Buzzlogic’s influence tracking, and that we would also be able to contribute personally to their future.

So, we’re moving onto even wider challenges from the ones we’ve been facing: Jean will become the Chief Technology Officer at Buzzlogic, and Marc will become Senior Vice President of Product.

The last two and a half years have been a wild ride. I remember reading on someone’s blog (where else?) only weeks before launching the company, that being an entrepreneur requires a hefty dose of irrationality: one has to find a way to brush off the countless near-catastrophic failures, the endless doubts, the crazy daily grind, and the reality of doing everything on half a shoestring, in order to thrive instead on the rare breakthrough, or the occasional unsolicited friendly message from a happy user. Indeed, we experienced all of this first hand. But as Winston Churchill put it: success is the ability to go from one failure to another with no loss of enthusiasm.

There have been innumerable of you who’ve helped us along the way, and we can only really name a few by name. Many have helped with ideas, enthusiasm, exposure, and guidance. We’re particularly grateful to our investors, who’ve supported us financially and who’ve continued to believe in us throughout. Special shout-outs to Eric Di Benedetto, our lead investor and board member, and Esther Dyson, a key investor and advisor.

BlogRovR isn’t going away. If anything, it’ll benefit from the improvements we keep making to the underlying technology, from the talent at Buzzlogic, and from their mighty hardware too.

Just as importantly, we remain committed to respecting our users’ privacy: we’ve been clear all along about what value we deliver as you browse, and we’ve been equally clear about how we use the data we come in contact with in the process of delivering that value: we only use it anonymously and in the aggregate. We don’t store individual click-streams, and instead derive aggregate attention metrics based how you interact with RovR.

Cross-posted to the Activeweave blog.